Are patients not getting the right diagnosis and are there missed injuries when emergency departments opt for CT Scans?

According to the numbers; yes.

In patients with multiple traumas, those who were over 30 years old with severe injuries across more than two body parts were more likely to experience a missed injury upon initial CT scan, according to a recent Radiology study.

Research on the topic has yielded varying missed injury rates, ranging from 3.5 percent to 71.4 percent, according to lead author Nathan Banaste, with CHU Centre Léon Bérard in Lyon, France, and colleagues. These misses can result in grave consequences for all involved, they noted.

“In the emergency setting, the crucial need for rapid diagnosis to start the first care and the high number of whole-body CT images that require extended interpretation time often lead to misinterpretations,” Banaste et al. wrote. “Missed injuries could potentially have serious consequences for patients with multiple traumas and also for physicians.”

The team set out to determine radio-logic and clinical markers that could help identify patients most at-risk for missed injuries. They retrospectively analyzed 2,354 consecutive whole-body CT exams in patients with multiple traumas from 26 hospitals at a French teleradiology center.

To determine a standard of reference, an on-call radiologist interpreted all CT images that were reviewed 12 to 48 hours later by a different radiologist to detect missed injuries.

On a per-scan basis, totaled 304 (12.9 percent) injuries were missed, 59 (2.5 percent) of which were “clinically significant,” according to authors. The missed injury rate, determined on a per-injury basis, proved to be 8.8 percent.

Additionally, those with more than two injured body parts, over 30 years of age and an initial clinical severity class of one were predictive of missed injury.

“The number of body parts, number of injuries and the injury severity score were highly correlated, which suggested that these factors were interchangeable to predict a missed injury,” authors wrote.

One potential explanation for their findings, Banaste et al. pointed out, is the “satisfaction of search effect.” This happens when radiologists devote their attention to injury detection, causing them to overlook potential injuries in other areas of the body.

Banaste and colleagues also said many patients in the study benefited from a second whole-body CT reading, which is recommended by a trauma tertiary survey, they wrote. The practice allows for a “comprehensive diagnostic overview, leading to prompt tailored care and thus limited morbidity.” 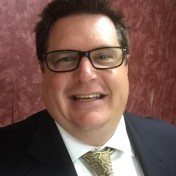 Michael Shannon Smallwood is the Senior Director for CP Healthcare. He has 20 years of experience in marketing and management in healthcare. Schedule some time today and let's chat!